What is Chicory Coffee?

Chicory coffee is a coffee substitute that is made from chicory plant. It is said to have many health benefits and is gaining popularity as an alternative to regular coffee.

Suppose you're the kind of person to shop for groceries and foodstuffs online. In that case, you may have already seen chicory coffee for sale.

More likely, however, is that you were visiting New Orleans when you first heard or even drank it. As you can tell from its name, it's a beverage that includes both chicory and coffee.

If you're curious to try it or would like to know more about it, keep reading this article to find out.

Chicory is the roasted and ground root of the cultivated plant mixed with coffee and best enjoyed with a dose of warm milk.

Chicory naturally contains no caffeine, so it appeals to a healthier, all-natural lifestyle. The plant's leafy portion often becomes animal fodder in Europe, while in the U.S., it is generally considered a noxious weed.

A Brief History of Chicory

Historical records show that the Egyptians cultivated chicory as early as 5,000 years ago as a medicinal plant.

It would later be introduced in ancient Rome and become commonly grown in France. It was here that Napoleon's 'Continental Blockade' Of 1808 introduced coffee chicory. 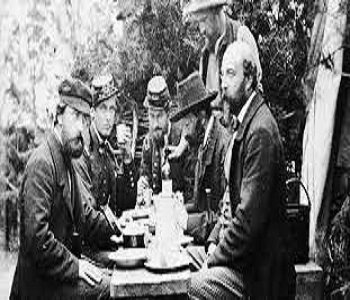 In his book Coffee: A Dark History, history author Antony Wild describes how this blockade led to severe coffee shortages in France. Because it resembles coffee in flavor, many residents in France began to add chicory to coffee to make their coffee supplies last longer.

Some even used chicory as a total substitute for coffee. This shortage would eventually fade, but the idea of chicory coffee did not.

When the French came to the U.S. And set up their colony in Louisiana, they brought their craving  them, importing 16 million pounds of chicory in 1860 alone.

Then, just like in 1808, Union naval blockades set up during the Civil War caused another coffee shortage. Residents turned again to chicory coffee as a supplement, effectively accelerating its adoption in the U.S.

After that, chicory use decreased as prosperity, improved, and coffee became more readily available. Except in New Orleans and parts of Louisiana, its use was a matter of preference and not a necessity.

In New Orleans, this economic rationale ignores the influence of 19th-century French culture on our cuisine. It explains our preferences for coffee with chicory, even when chicory becomes more expensive than many coffees.

Today chicory coffee remains popular in New Orleans, where coffee vendors often blend their coffee with up to 30% of the chicory root.

You can find fresh chicory root at farmer's markets, but it can be hard to locate. 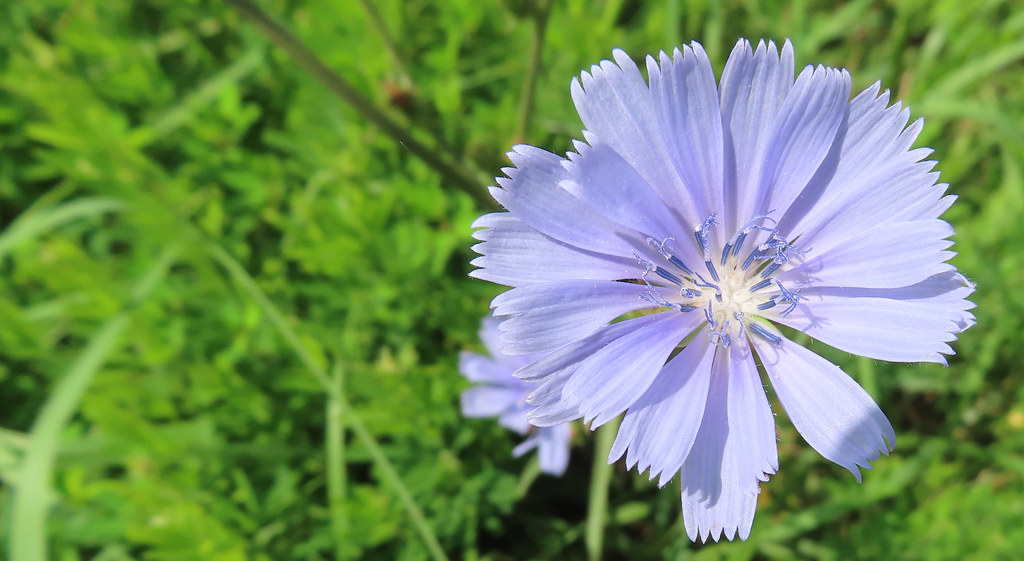 It is easiest to purchase dried, roasted, and ground chicory bags from health stores and some online retailers. The most famous brand is Café Du Monde coffee and chicory, which hails from a well known New Orleans bakery. Store the chicory coffee as you would regular ground coffee in a sealed container.

The most apparent reason chicory coffee is so popular is that it's a cultural staple in New Orleans. And if there's a place in the United States that loves its cultural traditions, it's the home of Mardi Gras.

It's the terrific, warm accompaniment for a doughy, sweet beignet. But even more than being a hot item for tourists, chicory coffee played a role in the development of New Orleans as a city.

Just as the coffee crops grew, so did the town, eventually becoming the cultural hub today. So when you open a big tin of chicory and add some to your coffee, smelling the delicious hazelnut aroma, remember where it started.

Coffee chicory grows worldwide, with the largest producers being in France and South Africa, and now also in the U.S. State of Nebraska. Roasted chicory contains none of the volatile oils and aromatic that permeate roasted coffee.

This ratio explains why less coffee and chicory can be necessary for a beverage that has a robust taste. Farmers grow and harvest chicory root, much like sugar beets. They use specialized equipment to pull roots from the ground.

Farmers then cut into small pieces; it's kiln-dried, roasted, ground up, and packaged. The root excess becomes a 'feedstock' for the manufacture of insulin, which results in a sweetening agent for foods.

Why is Chicory Added to Coffee?

Time has allowed us to come to appreciate the chicory coffee root. Chicory root is the primary ingredient in chicory coffee. One raw chicory root (60 grams) contains the following nutrients:

Chicory is a good source of inulin, a type of prebiotic fiber linked to weight loss and improved gut health. 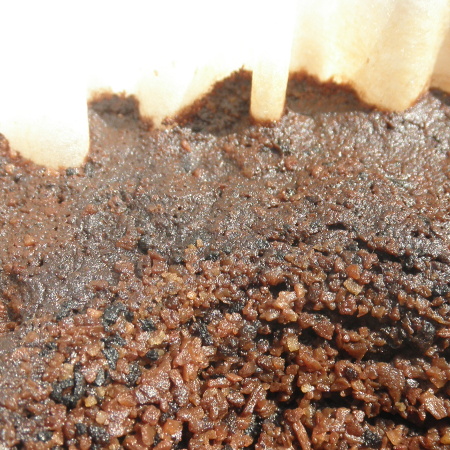 Chicory may Improve Your Digestive Health

Chicory root is rich in insulin fiber, which can help your food more easily pass through your digestive tracts. It may also help to improve bowel function over time and relieve constipation. Because it contains insulin, it could also promote the growth of beneficial bacteria in the gut.

A recent eight-week study found that chicory may be useful in treating diabetic rats. It found that insulin helped control blood sugar by improving how the carbohydrates metabolize via insulin, a transport hormone that helps the body convert sugars into fuel.

It may also Decrease Inflammation.

Suppose you have a caffeine addiction or are worried about caffeine overdose. Chicory coffee is caffeine-free, so you can use it as a coffee substitute to help you curb excess caffeine intake.

According to research, Manganese and Vitamin B6 are naturally occurring in chicory and may improve brain health by increasing the speed at which electrical signals pass through the brain. In short, chicory contains manganese and vitamin B6, which are essential nutrients for your noggin.

Yes, it is. In fact, chicory is more water-soluble than coffee, which means you have to use a lot less of it when brewing it instead of regular coffee. To brew raw chicory coffee, use about 2/3 ground coffee and 1/3 chicory. Enjoy chicory on its own by brewing it as you would any other coffee but begin with at least half the grounds.

To make chicory root into an edible substance, farmers harvest the root, wash it, dry it, roast it, cut it finely, and then steep it. The process gives chicory a roasted flavor roughly akin to that of coffee, which is its primary appeal in drinks. You can also add spices to your chicory like cinnamon, cloves, and nutmeg for more flavor.

Is Chicory Bad for You?

Not really, no. For the most part, the health benefits of chicory coffee and its widespread use by people should give you confidence in the chicory plant. However, there is still a lot we don't know about it that should give you pause. Keep in mind, these downsides to chicory and coffee chicory arise from the lack of sufficient data.

When taken orally in medicinal quantities over a short period, the drink is safe. But when taken in larger amounts, people have reported some minor side effects affecting the gastrointestinal system. Some of these side effects include gas, bloating, belching, and abdominal pain. Handling the chicory plant has also been reported by some people as causing skin irritation.

Some people have also been allergic to chicory and should not handle it physically or take the chicory drink. It would be best to avoid chicory for those allergic to plants in the Asteraceae/Compositae family such as ragweed, chrysanthemums, marigolds, and daisies as well.

If you're pregnant, chicory could initiate menstruation and lead to a miscarriage if taken in large amounts. It is also not recommended for breastfeeding mothers.

Avoid if You are Hypoglycemic

Chicory is great at lowering blood sugar for those who have high blood sugar. However, this effect of chicory could be detrimental to individuals with diabetes and lead to hypoglycemia.

Chicory is a great substitute for coffee's intense caffeine content if you love the flavor. Next time you are in New Orleans, stop by Cafe Du Monde and give it a taste! Then, buy yourself a bag or two and experiment with it in your favorite coffee beverages at home.