Coffee from Australia is world-renowned for its unique flavor. This coffee is grown in the various regions .The best coffees from Australia,are just a click away.

When I visited Australia, I was struck by how quickly a local coffee shop, tucked in the corner of a narrow lane between buildings, became part of my daily routine.

I wandered in to enjoy my delicious specialty coffee with breakfast, sinking back into the funky, comfortable furniture and surroundings.

The friendly baristas soon recognized me, and I didn't even need to ask for a flat white.

They remembered my chosen beverage. I enjoyed chatting with a barista who delivered my order to the table.

The community atmosphere drew me in, as did the original art lining the walls.

A little library also encouraged me to spend more time there, savoring my delicious flat white. But the coffee—that's what got me to come back.

After my trip, I came home convinced that Australia has some of the best coffee and the best cafes in the world.

Coffees in Australia: What's the Most Popular Drink?

While the latte is still the most popular coffee drink here in Australia, the Australian specialty coffee drink—the flat white—is racing to overtake the latte.

The cappuccino is a perennial favorite too, as is the traditional long black. Let's take a closer look at what's on the drinks menu at good cafes.

A latte is a single shot of espresso, plus steamed milk, with a medium amount of froth on top. It's often served in a glass cup instead of a ceramic mug.

The famous flat white, which Australians claim to have invented first (although New Zealand also vies for the honor), originated in the mid-eighties. It's a single shot of espresso with steamed milk poured in to combine thoroughly with the coffee.

The key to blending the milk, so thoroughly into the coffee is to steam the milk at a constant temperature to form tiny bubbles.

A thin layer of foam tops the drink, which isn't as milky as a latte, but is smoother than a cappuccino. The milk tempers the taste, but the coffee is still the star.

A cappuccino is a single shot of espresso with steamed milk and a thick layer of foam. It's often served in Australia topped with cocoa powder.

A long black is two espresso shots and hot water, while a short black is a single shot of espresso and the basis for all the other coffee drinks. The iced coffee is also famous in the warmer months.

Australian coffee is so good because a focus on quality and innovation has defined the coffee in Australia for a long time since the Second World War.

Although historic places coffee crops all the way back to the country's founding, the massive leap in innovation came later, thanks to later immigrants.

Large numbers of Italians left their homeland and immigrated to Australia after the war ended and  the 1950s and 1960s. 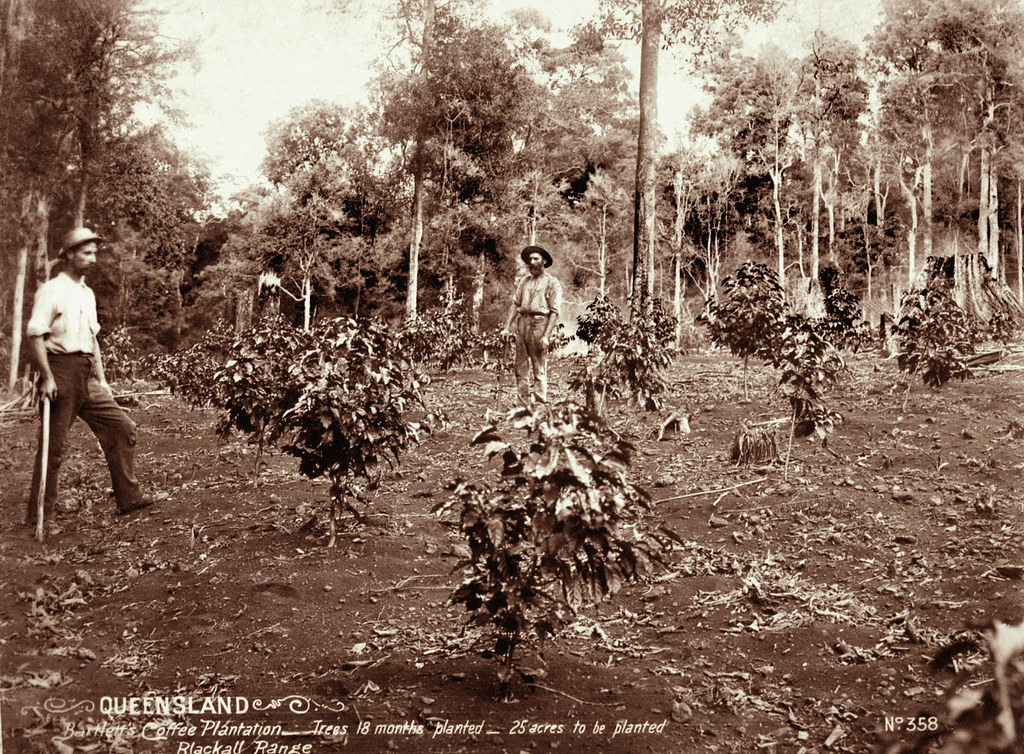 They brought their Italian stove-top coffee makers and coffee machines with them and introduced Australians to espresso coffee.

Stemming from the French tradition, many Western countries around the world, including America, had adopted filter coffee or drip coffee, not espresso.

Espresso coffee took longer to brew, but the result was a better, less bitter cup of coffee. Early espresso machines, even added a foam of frothy milk on top.

To this day, Melbourne is still known as the "Coffee Capital of Australia." Those coffee shops and cafés spread to the suburbs and across the country, creating Australian coffee culture. 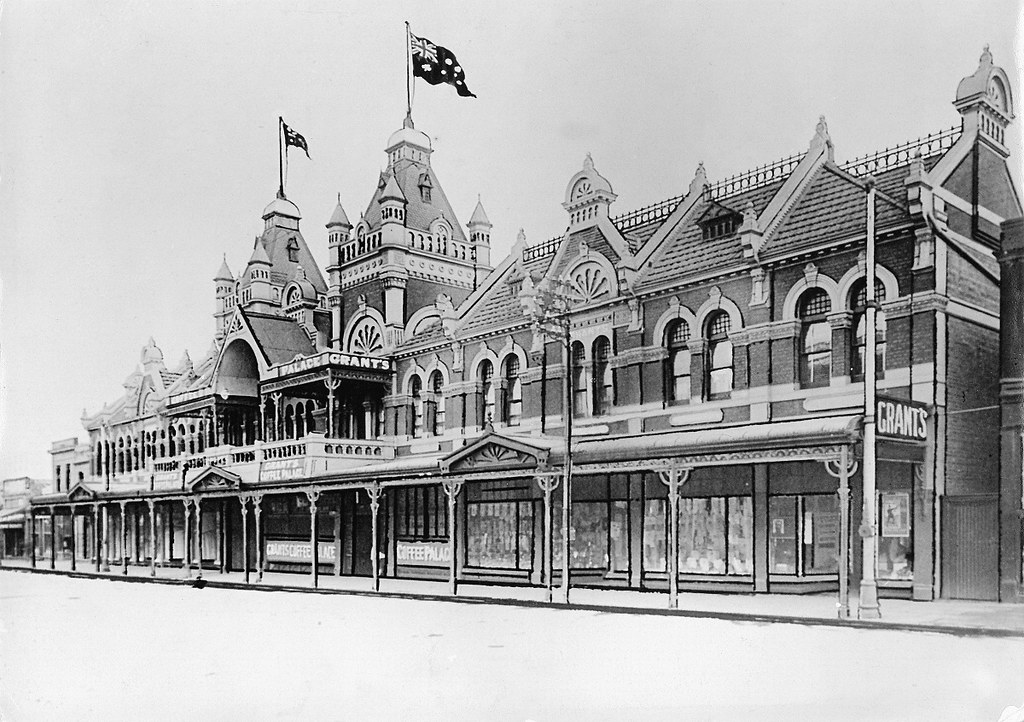 The espresso had become part of everyday life in every neighborhood.

Competition between cafés is intense, which continues to drive innovation.

Everyone wants to find the next new thing first.

Less bound by the age-old tradition in France and Italy, cafe owners in Australia take great care to prepare and experiment with different beans, blends, and different temperatures, searching for the perfect taste.

They pull from other traditions and adapt Vietnamese, Mexican, and Turkish coffees for Australian tastes.

Did You Know? Today, 95 percent of cafés operate independently, and they have their unique personalities and coffee culture.

The owners want their customers to linger in the cafe or coffee bar after they get their coffee, enjoying a specialty brew and the cafe style and ambiance.

They hire baristas who know how to brew coffee well and please their customers. Owners give them a living wage and treat them more like chefs.

A barista in an Australian café can tell people where the coffee beans originate, their variety, and who produced them.

Even the latte art—the designs drawn in the white milk froth—indicates quality and improves taste. If baristas don't froth the milk perfectly, then they can't make their signature designs. 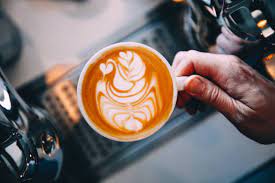 Average Australians know A LOT about quality coffee, roasting, and brewing. They demand good customer service and are willing to pay more for what they like.

Sitting down to enjoy a good cup of coffee in a cafe where people recognize them is part of the daily routine.

Starbucks failed here, mostly because people weren't impressed by the quality of the different flavored coffees or the service.

Coffee Australia Is World-Famous For

With a café on every city corner and quiet lane, cities like Sydney and Melbourne impart Australian coffee culture.

Each tourist takes appreciation for this unique coffee culture back home to their home countries around the world.

The Australian flat white has become an overseas favorite. Australians understand the attraction of their coffee.

One of the country's major tourist websites, feature a "cheat sheet" of coffee drinks to help tourists learn how to order a cup of their favorite caffeine from an Australian menu. 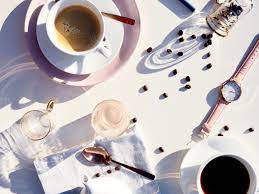 Now that Australia's roasting and brewing coffee methods are world-famous, the next step is to grow more of its own beans.

There are two main growing areas in the country,

Because part of this area lies nearly one thousand miles south of the Tropic of Capricorn, these plantations are the southernmost growing regions for coffee in the world.

Since the soil is naturally pest-free and doesn't harbor the Khapra beetle, these plantations don't need pesticides.

Unlike many coffee-growing countries in the Third World, these plantations can grow organic Arabica beans, contributing to its "clean green" image.

Although native coffee growers supply only one percent of Australia's beans so far, the opportunity to grow this market and fill the demand is enormous.

Does Australia Have the Best Coffee in the World?

Well, much of the world sure seems to think so. "It's safe to say," says food critic Pat Nourse, "Australian coffee is among the best in the world."

He should know, having served on a voting panel for Oceania.

More than one expert says that quality green coffee and micro-roasters contribute to coffee success in Australia.

There's something else—the unique café culture—that might be responsible for the rest.

Suppose customers ask about a bean's origin. Most baristas know where the beans were grown, the producer, and the variety.

The café will often list what coffees are in season and when they were harvested and roasted. Many customers appreciate the attention given to the food on the menu, too, not just the coffee.

Many ex-pats from Melbourne, Sydney, and across the country have taken their coffee know-how and started cafes worldwide.

In the American market, in New York City, so many cafés with Australian coffee have opened that the owners are known as the "koala mafia," according to the magazine Vogue.

While Starbucks pulls Americans away from filtered coffee in favor of espresso, Australian-style cafes lure them with great coffee, a focus on quality and care, and excellent service.

These cafes offer healthier options for breakfast, too, often based on locally available produce. Who wouldn't love to get a well-made smashed avocado on toast for breakfast?