Papua New Guinea Coffee: Why is it a World Favorite?

Papua New Guinea Coffee is rich in flavor as the region it grows in is rich in culture and history. Follow along as we get to the roots of this coffee origin.

Papua New Guinea alone boasts 8 million people and is home to more than 700 different languages. This fact makes it the world's most linguistically diverse country.

The second-largest island in the world is New Guinea. Sitting north of Australia, in the southwest region of the Pacific Ocean, it's a part of Oceania. Papua and West Papua are the western parts of the island and are provinces in Indonesia.

Make yourself a cup and join me in exploring Papua New Guinea. It's humble historical beginnings, with coffee currently being ranked the world's 17th largest exporter.

Because Papua New Guinea coffee comes from the eastern part of the island, it has distinctions over traditional Indonesian coffees.

Their coffee industry brings around 340 million kina to the country and contributes to 1% of the world coffee market. With that said, coffee production is the second-largest agricultural export of Papua New Guinea.

Papua New Guinea's coffee story begins with the country's colonial roots. Coffee plants were aboard some of the first ships to land at PNG's shores in the late 19th century.

Emma Coe Forsayth owned a variety of plantations, including coffee in PNG. Rumors claim that she was the first to grow the crop in the country's eastern regions.

A report from the colonial government says that the first coffee was grown in 1890.

The act of growing coffees began to boom in a southwest region of Papua New Guinea called Rigo. Seven years later, 20,000 Arabica plants were growing there. In 1901, Australia started importing to the plantation.

At first, the plantations were tested crops. Though in the 1920s, coffee production was accelerating. At the beginning, Robusta plants were frequently grown. In 1928, the Department of Agriculture station in the highlands test planted Arabica beans.

Soon after, Carl Leopold Bruno Wilde bought the plantation and called it Blue Mountain Coffee. He perfected its' production by roasting and grinding the coffee before selling it nationally and internationally.

The seeds from Blue Mountain were then dispersed in another region of PNG: the eastern highlands. The optimal growing conditions of the east area helped Papua New Guinea coffee thrive.

The industry grew in the 60s because of marked improvements in infrastructures, which facilitated bean's journey from the plantation to export.

The responsibility of production fell on the small coffee gardens and their farmers.

Where does the Coffee Grow in Papua New Guinea?

Good quality coffees are grown at higher altitudes. Papua New Guinea's mountainous regions are the ideal growing grounds for coffee beans. The highlands are rich in volcanic soil and, as a result, are acidic and fertile.

Typically, the coffees are grown at around 4000-6000 feet above sea level, enhancing their flavor characteristics. Papua New Guinea's tropical climate is optimal for growth as the country is a part of the "bean belt."

The bean belt comprises the countries found between 25 degrees north and 30 degrees south that yield favorable coffee plant growth conditions. Papua New Guinea's climate is perfect for coffee growing because of its' rainfall and sunshine.

When it comes to high altitude coffee, PNG is a top contender.

There are 15 regions in total used to grow coffee beans. Still, most of the production happens in the following five areas:

Most Papua New Guinea coffee is grown in the Western and Eastern Highlands and Simbu.

Though there are big plantations in Papua New Guinea, smaller plantations dominate its coffee production. They are small-scale farms or coffee gardens that are grown by farmers.

When the PNG coffee beans are ready for harvest, the farmers pick them by hand. Usually, harvesting occurs in late spring to early to mid-summer.

The gardens grow about 85% of Papua New Guinea's coffees. The coffee beans that come out of PNG are 95% Arabica and only 5% Robusta.

The different plant varieties include:

Since it is difficult to obtain and costly to maintain, Blue Mountain varieties require no pesticides or fertilizers in the process.

How are PNG Coffee Beans Processed?

Roasting beans is only half the battle to the best cup. The way coffee beans are processed heavily influences its' taste and quality.

What do I mean by process?

Coffee processing means the methods used to get from the original crop to the ready-to-grind coffee bean.

Let's go over the Basics of Coffee Processing.

The washed method is the most common way of producing high-quality beans.

Even though the washed method is more straightforward, it uses a lot of water and produces hazardous wastewater. 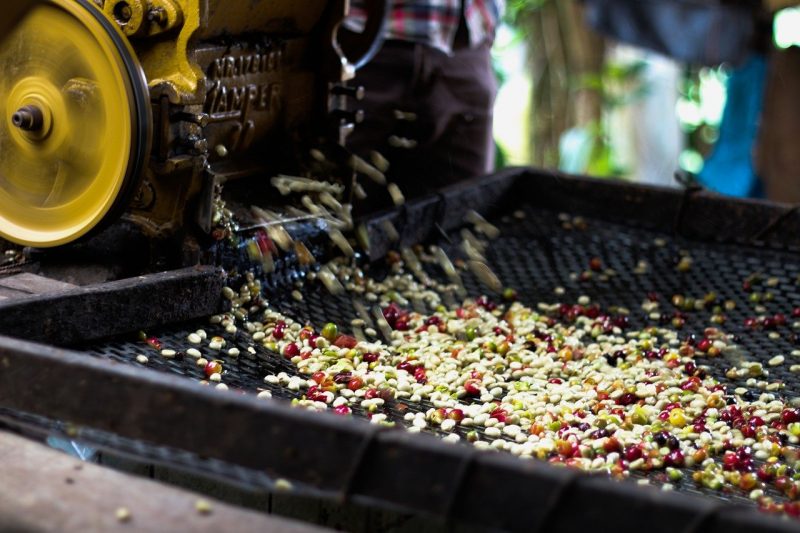 The dry method has the same sorting process as the wet method, but it does not involve washing. 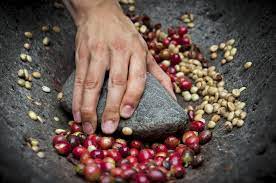 The full cherries float tanks that remove any debris, and then workers lay them out to dry.

Unwashed beans have a more full-bodied taste and develop a fruity sweetness. This method is less costly, but the drying stage is time-consuming, and it is more effective in a dry climate.

After washing, the workers leave them in wooden boxes for 24-36 hours. The mucilage layer is left on the beans longer, giving them a sweet flavor and reduced acidity.

If you enjoy Indonesian coffee, you're in luck because Papua New Guinea coffee beans' flavor profile is similar. New Guinea coffees are grown in volcanic soil, which produces beans that contain a lot of oil.

Note: Beans that have a lot of oil contain smooth, earthy flavors.

Since the coffee gardens produce coffees in small batches and are not regulated, the bean flavors are typically inconsistent. The beans can range from medium roast to dark roast.

You can now see why coffee is crucial to the country and its' people. However, some problems are affecting coffee products, processing, and growing coffee.

There's a lack of high-quality roads in the countryside. This fact leads to a decline in coffee production, sales and the loss of income for small farms. 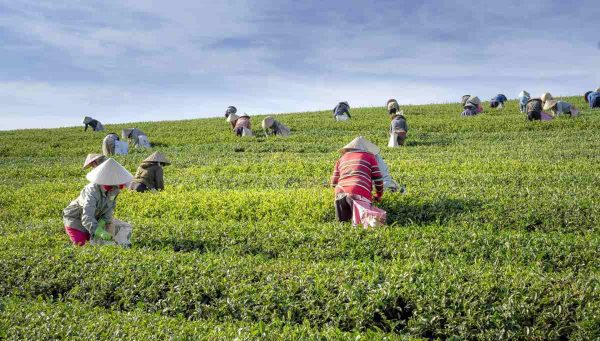 During the harvest season, there are shortages of laborers and changes in employment.

The world market has also seen a decline in coffee bean sales; PNG may soon require government assistance for farmers. Small landholders even lose about 50% of their products per year to theft.

Potential threats are that the coffee trees are aging. The industry's debt and disease-causing insects on the island of Java may infect the plants in Papua New Guinea.

Lastly, because the small landholders are in charge of the coffee gardens, they're not always equipped to ensure consistent quality and the best care for the produce.

Papua New Guinea coffee production earnings often compete and trail behind palm oil-exporting. Yet, it has many more benefits for the island. It's molded the lives of almost half the population.

The version of coffee culture in Papua New Guinea is integral to their daily lives. The social aspect of PNG's coffee culture is directly related to the industry. They are family-run businesses.

Those who make coffees together are tight-knit communities. Different families who work on the farms spend leisure time together. All of their kids go to the same school, and they all attend the same religious events or ceremonies.

Coffee is a necessary livelihood in PNG. Without it, the economy would not only suffer, but the citizens' communities and social bubbles would as well.

I need to address again that Papua New Guinea medium roast and dark roast coffee bean flavors vary. Yet, they are known to be medium to full-bodied and well-balanced.

I find the best way to make out what type of coffee you like is to search online, ask your friends and family, and try a brew from different areas.

All coffee companies describe what their beans taste like in detail, and you can even get free samples to drink at your local coffee shop.

I recommend finding out which size of grind your coffee maker needs using the wrong one can ruin your cup of joe. Now that we have covered all the in's and outs of PNG coffee, grab yourself a bag! Papua New Guinea's coffee is so diverse and well-known; you're bound to find one that you enjoy.