The 9 Regions of Delicious Dominican Coffee

If you haven't heard about Venezuelan coffee before, I don't blame you. Thanks to government restrictions, this South American country has exported almost no coffee since 2016. However, that is not to say Venezuela doesn't have coffee. At one point, it almost rivaled Colombia when it comes to coffee exports.

Venezuela has a rich history of coffee production leading back to the 1700s when it first arrived in Venezuela.

Due to the global market for it at the time and low labor costs after colonization, coffee farming took off in the country. 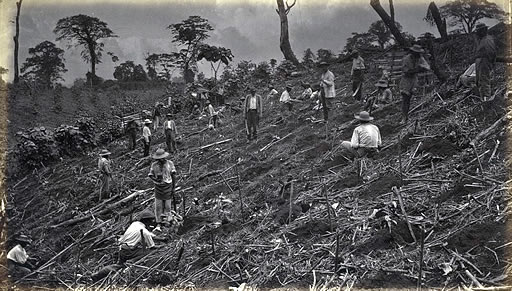 The search for regions to grow coffee and accessible port locations led many South American countries to satisfy market demands.

There are a few regions of Venezuela where coffee is grown. The most famous area is in the western part of the country, near the port of Maracaibo. This port of Maracaibo is from where coffee shipped. The coffee grown in this region is referred to as Maracaibos coffees, for production occurs in the Andes mountains. The high altitude of these mountains gives this coffee its unique taste.

The specialty Maracaibos coffees are known for their pleasant sweetness and rich acidity. Of these coffees, Mérida is the most well known and sought after by people.

The most unique of coffees grown near Maracaibo is Mérida. Mérida has a fine and delicate flavor and is known as one of Venezuelan's finest coffees. This western region of Maracaibo produces other brands of coffees, including Trujillo and Táchiro. These two Maracaibos coffees more closely resemble coffees produced in neighboring Colombia.

Coffee production is also prevalent in the eastern region of the country. The types grown there is known as Caracas, named after the capital city of Venezuela. The quality of Caracas coffee varies.

The highest quality coffee produced in Venezuela dons the name "Lavado Fino." This name means "fine, washed." Certain Maracaibos coffees and some from the Caracas region receive this specialty designation.

In Venezuela, coffee production is the largest in December and January. Then it gets processed and shipped out later in the year. 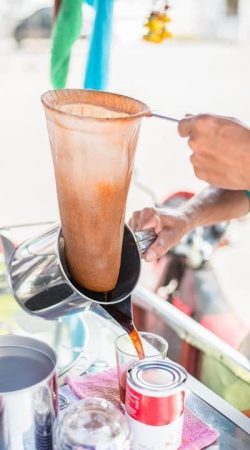 Espresso isn't widespread yet; many of the locals' personal preference to prepare coffee is "Guayoyo."

Guayoyo is a bit like a pour-over, using cloth bags to hold the beans. You can either leave it black so the pure flavor can be enjoyed, or add a little sweetener like many locals.

The search for Venezuelan coffee may be a challenge—the coffee business of selling these specialty coffees in non-existent, given the difficulty of finding these beans.

Customers interested in getting their hands on some of these beans need to find a local coffee roaster in the region. You'll also get a more authentic product that way, so you'll see why this coffee receives raving reviews. While not the same, certain Colombian coffees come reasonably close in taste to Venezuelan coffees.

Despite its high-quality, Venezuela's coffee makes up less than 1% of the global market.

Similar to Venezuela's coffee history, coffee was brought to Colombia in the 1700s by settlers. However, it wasn't until the early 1800s that Colombia shipped their first coffee beans. A civil war in the 1800s reduced exports. It only began to increase and recover in the middle of the 1900s steadily.

Colombia's Cucuta coffee is grown just across the Colombia-Venezuela border from Maracaibo. Its flavor is very close to some of the Venezuelan varieties. It is even sometimes shipped out from the port of Maracaibo.

Nowadays, Colombia satisfies 12% of the global market, including providing much of Starbucks Arabica coffees for their blends.

Colombia's coffees receive similar reviews to Venezuelan coffee. However, business in Colombia boomed while most Venezuelan coffee farms had to close due to national restrictions. Today, the exports of these two nations are incomparable.

Well into the 1900s, Venezuela was one of the largest exporters of coffee beans. However, to increase Venezuela's oil products' export, the country nationalized its coffee roasting industry, forcing many farmers to leave the coffee industry behind. This departure left only a few specialty coffee producers remaining. Even Venezuelan's unroasted beans, known as green coffee beans, saw a considerable decline in exports.

Venezuela saw its oil industry boom in the latter part of the 1900s. In 2001, Venezuela was the wealthiest country in South America. At one point, it was the third-largest exporter of oil to the United States, only behind Canada and Saudi Arabia.

Despite having the most massive known oil reserves, recent government mismanagement and corruption caused oil production to plummet. A recession and hyperinflation ensued. Unrest in the country began in 2014 as people started to protest in Caracas due to inflation and increased crime. In December 2017, Venezuela prices saw massive hyperinflation. Protests continued in January 2018 as Venezuela's food prices skyrocketed.

Despite being a prosperous nation, 87% of Venezuela people lived below the poverty line in 2017.

Bloomberg has been reporting on the state of Venezuela's economy and hyperinflation using a unique index. It is called the "Bloomberg Cafe Con Leche index." It tracks the price of a cup of Venezuela coffee at a specific bakery in Caracas.

Unfortunately, it's not just their coffee industry that has plummeted. The size of Venezuela's economy has also decreased significantly. In 2013, they had a GDP per person of USD$18,607. Only five years later, in 2018, that dropped to USD$10,399.

Hopefully, in the future, as their economy recovers, their coffee production follows.

While you may not find any Venezuelan coffee at your local supermarket, there is still hope that as Venezuela's economy recovers, their coffee production follows. Have you ever tried Venezuelan coffee yourself? Share your comments about your experience below.