Yemeni Coffee: The Oldest and Finest Drink in the World

Yemeni coffee is a specialty that you can only find and create in the desert regions of the Arabian Peninsula.

Rather than gulping the drink alone in a coffee shop like a coffee-house, the Yemeni people enjoy drinking it in groups.

Over there, a cup of coffee has converted into a culturally fun and exciting means where people share stories over one freshly-brewed drink.

When I like a coffee, I try to find out how making it, and in the case of Yemeni coffee, how it's grown organically and shipped worldwide.

The blend is famous Read to find more information on one of the world's best and largest coffee industries, namely the Yemen coffee compound.

PRODUCTION OF COFFEE IN YEMEN

After hundreds of years of coffee cultivation, Yemen's coffee has turned into a flourishing and well-established business industry.

Even though it is a small country, the region has been shipping coffee internationally for a long time.

Experts believe that the first-ever coffee to be grown was the Arabica bean.

Historically, the Yemeni coffee industry's roots trace back to Sufi saints of that time. 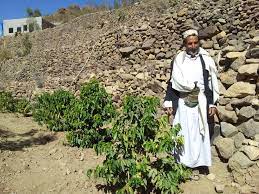 Today, one will say, many-a-story told about the history of a coffee cup always mentions the importance of Yemeni coffee culture and how the farmers of the region produce it.

Did You Know? Research shows that only 10 percent of the world's coffee production comes from other countries.

However, after the 2014 Yemeni Civil War, the job market didn't have much to offer to the Yemen citizens; and everyone was scrambling to establish a coffee business.

That's why the farmers responsible for such delicious coffee beans are respected significantly less in the industry since abundant people up for the job and substantially less produce.

The Woes of Yemeni farmers

The war has left Yemen a barren and conflict-ridden land. Many of the novelties you and I take for granted in our daily lives, even food, water, the region's people share, divide, and crave in their country.

The way coffee is cultivated and cooked in Yemen is nothing new and has stayed the same since the 15th century.

The best of the output results only consist of a kilo of green coffee beans, one full bag, in a crop year. 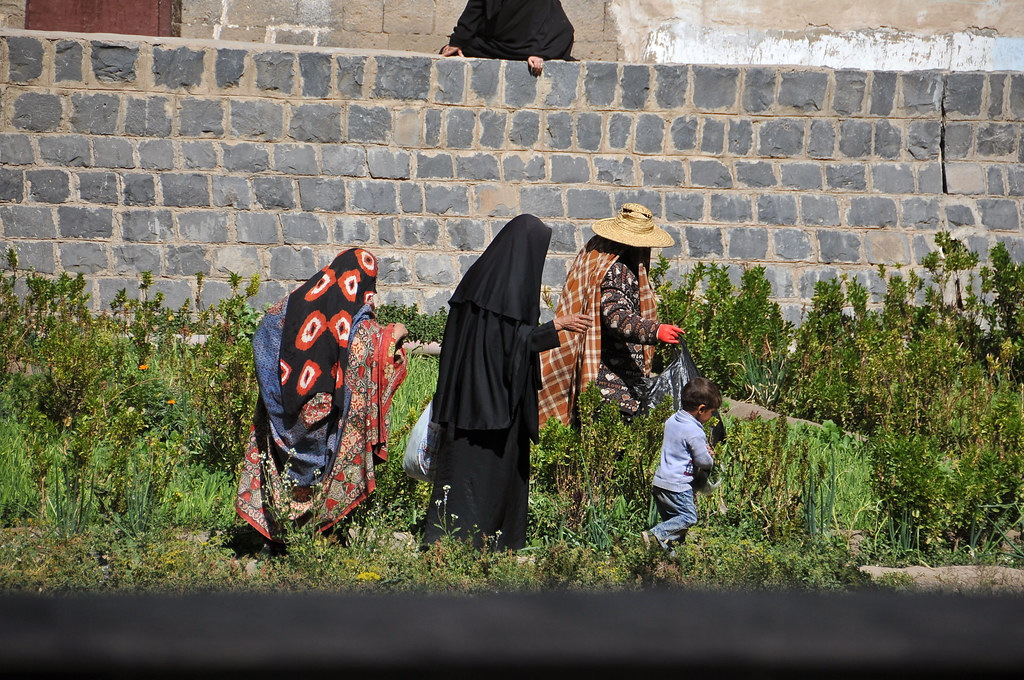 Much of the cultivation relies on field-grown and fertilizer-free subsistence farming.

The monopoly of Transporting Coffee from Yemen

The term mocha is stuck within our vocabularies, as, years ago, the world's first coffee was exclusively supplied through the antiquated Port of Mokha, Yemen.

Although Yemen's landscape currently looks like a terrible Warzone, and the activity of transporting coffee to any port also becomes a headache.

Again, not even a single lot of scarcely harvested mocha beans return a perfect yield.

The worldwide shipping of coffee roaster is a huge task. A coffee dealer explains that it takes them around 15 people to get a single bag of one-kilo green, full of excellently-yielded beans, to the port.

Also, there could be up to fifty or sixty inspection blocks between the starting point and the harbor, occupied by thugs and government who demand personal information and money.

This calculation tells us that Yemen ranks its coffee beans' importance, along with gold and precious metals.

I had a challenging time when I tried growing coffee beans from Yemen on my property.

A native says that several imposter sellers of Yemen coffee, usually from Latin America, always fail to replicate the best.

To create high-quality Yemeni coffee, one has to follow a complicated procedure. Most notably, it isn't easy to find.

We get such a tasty flavor because Yemen farmers often use meticulous means for growing these small, red, and fruity coffee cherries.

First of all, many of them use their terraces and small-scale farms to grow these sun-dried, roasted coffee beans.Plus, I have realized green coffee beans are found more efficiently in a region with altitudes as high as 3000 ft. 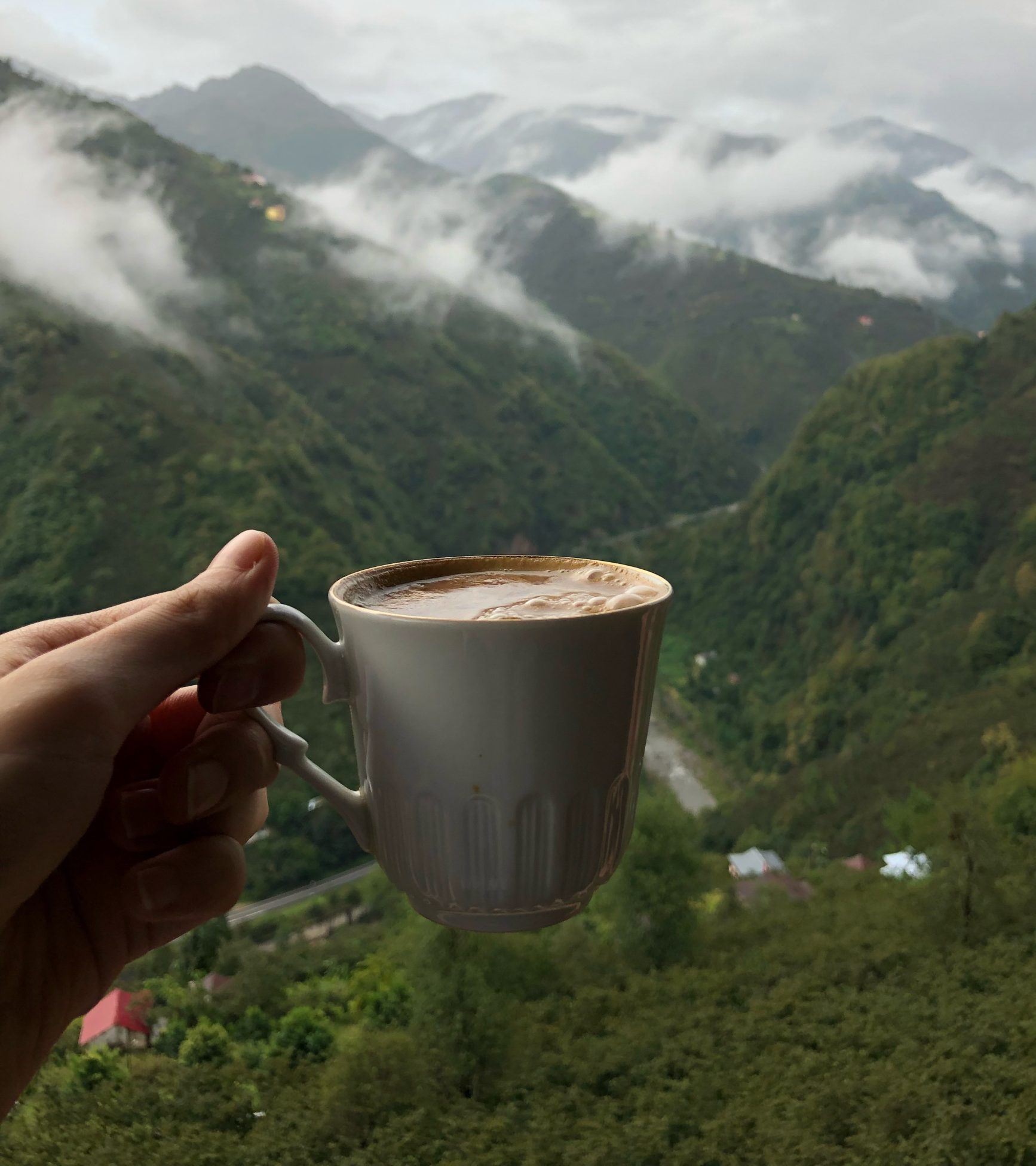 It requires a lot of time to produce green, mocha beans in many regions.

When you taste these cooked coffee beans, you realize that the more challenging the bean is, the more pleasant the flavor it tends to create.

I believe the title of 'the best coffee' is worthy of this Yemeni household name, for it is available in assortments of various kinds.

The coffee bean presents exotic and commonly brewed drinks. Here are some famous Yemeni coffees which many people like, shop, and add to their menus for achieving high brain activity: 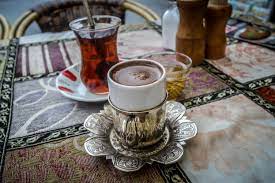 For when you want to have a quick drink with family, Al Mokha, a prominent coffee roaster manufacturer, is an excellent choice to put in your shopping cart.

You can home-cook the beans in a glass of milk, sugar, and a few pieces of chocolate, and voila, you have a beautiful tray of qishr coffee ready to be served! 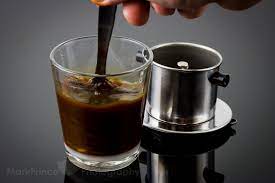 When guests are over, my secret weapon of taste adds spices like cardamom and cinnamon to get a rich-seeming taste and aroma.

I also ensure that the coffee cherries are of good quality and give a concentrated mixture.

IS THE HYPE AND EXPENSE WORTH IT?

People claim that coffee prices can go as high as '$60 per kilo green'. Additionally, people in the first-world regions, namely the European and American sub-continent, are willing to pay up to 240 dollars for a pound of Yemeni coffee.

Even if you roast the beans or sprinkle imported spices in your drink, is the raw product's expensive cost worth your salt?

As highlighted in the process before and as I've come to know: in Yemen, a cup of coffee usually symbolizes said quality time with one's family members.

Each sip is cherished, for it signifies hours upon hours of effort and energy spent towards making it.

While it is widely loved, the quantities produced are so limited that there is an enormous imbalance in demand and supply scales.

That's why this hand-grown mocha coffee bean comes at a very high cost in Yemen, Ethiopia, and other international regions.

The comeback story of Yemen, coffee and expensive beans

The new and improved Yemeni coffee industry made a triumph revival five years ago on the back of the coffee roaster company, the Port of Mokha.

News source Bloomberg says that before 2015, even though Yemeni coffee could still please the crowds, it has been often a disappointment in providing a full-quality flavor palette.

The company provides three different levels of roasted coffee: light, medium, and dark. I prefer a mixture of either two.

It successfully manages to please my tongue with a lot of flavorful taste-hits.

Companies such as Al Mokha and Port of Mokha are relatively new.

Their advent has created a new economy in Yemen; it opens up possibilities for making a billion-dollar industry; it is the link between Yemen's deliciously fabulous coffee and its international admirers.

These middlemen hire hundreds of farmers and personnel in their native countries to cultivate and transport the coffee cherries from the capital Sana'a to world superpowers like the USA.

Yemeni coffees have a historical trajectory of success that backs up the consensus, claiming their excellence and showing why they find praise worldwide.