Vietnamese Coffee beans originated from Vietnam. These beans are roasted to bring out the natural aroma. A guide to the history, how to prepare, taste, and proper brewing of Vietnamese Coffee.

To understand what is unique about Vietnam's coffee beans, we first need to learn a bit about the two main coffee species grown worldwide: Arabica and Robusta.

People usually associate higher quality Arabica beans. They have a smooth, sweet taste and may have notes of chocolate and fruity hints.

For most people, Arabica is the coffee of choice; even Starbucks uses only 100% Arabica coffee.

Did You Know? It's no surprise then that 60% of the world's coffee beans are Arabica.

However, that is not to say that robusta doesn't have its place in the coffee world. These beans have higher caffeine content than the Arabica variety (great for early mornings or long study sessions).

But, at high levels, it creates a bitter taste. That firm, harsh, bitter flavor is what Robusta beans are often known for being.

There are some positives when it comes to robusta, though. The beans thrive in low-altitude and humid growing conditions and are much more resistant to pests.

Acre for acre, robusta also gives a larger harvest than Arabica. Despite being considered less refined, Robusta beans are often the preferred choice for espressos.

The espressos are best with a good cream layer, of which robusta gives in spades.

Vietnam is best known for its mass production of robusta. In fact, 97% of coffee beans grown in Vietnam are Robusta, though its Arabica production is increasing.

What is Vietnamese Coffee?

When most of us hear Vietnamese coffee, the image of a syrupy sweet cup of iced coffee comes to mind. However, it's not just the addition of condensed milk that makes this drink iconic.

For the Vietnamese, there is only one way to brew a cup of coffee. This method is incredibly popular with the locals. To brew this, they use a pin, which is similar to a single-serve coffee filter.

This Vietnamese brewing method is a close cousin of the French press and drips coffee machines. When you make coffee using this filter, the hot water stays in contact with the ground coffee for more time, which helps extract the coffee's flavors and caffeine.

If you'd like to brew coffee using this method, stick with a medium grind. While it uses less water than in a typical French press, I can assure you that this coffee is thick and creamy, tasting a bit like an espresso.

But this isn't creamy enough for the Vietnamese. Once a Vietnamese barista finish brewing it, he or she combines it with condensed milk. Condensed milk has traditionally been used as a substitute for regular milk because it's easier to find in Vietnam. 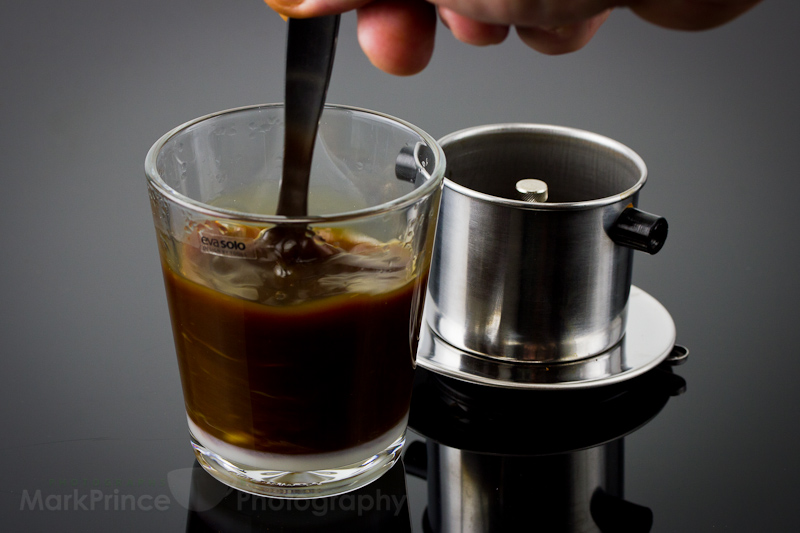 With Vietnam's hot, humid climate, condensed milk's long shelf life, is another reason for its popularity. Condensed milk is already sweetened, so you won't see the locals loading sugar into their cup of coffee.

The Vietnamese add a generous amount of condensed milk to their coffees. Often, the portions of milk and coffee are the same.

You'll sometimes find a Vietnamese coffee with ice cubes added. Because Vietnam is such a warm climate, locals welcome any excuse to have a cold beverage.

Since the ice will water it down a bit, the bold flavors of robusta even out.

A Brief History of Vietnamese Coffee

In 1857, the French introduced coffee to Vietnam. A few failed attempts at growing Arabica coffee, as some of Vietnam's growing conditions could be harsh, led to meager output.

Arabica beans did succeed in a few select regions, but were never widely produced.

Finally, in 1908, the French introduced Robusta coffee plants in the area, and they found success with this hardier variety.

The Vietnam war had a considerable impact on the production of Vietnam's coffee industry.

Even though the action occurred in a different region than where most of the coffee was grown, the people living in that region were still very affected.

Historians estimate that between 1 million and 3 million Vietnamese died in the war, and this depopulation impacted the coffee industry.

In the years after the war, the coffee industry had a hard time getting back on its feet. 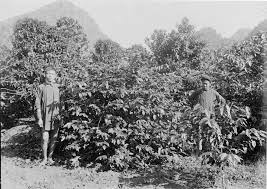 The industry began picking up again in 1986 when private businesses were allowed. Now, the majority of Vietnam coffee is from private enterprises, with only a few government-owned plantations.

Today, Vietnam is the second-largest coffee producer globally and produces 40% of the world's Robusta beans.

Did You Know? Coffee export is second only to rice when it comes to Vietnam's agricultural exports.

These beans are sometimes used as fillers in a blend and are often mixed with Arabica to balance the bold flavors.

What is Unique about Vietnamese Coffee beans?

Vietnam, while known for its Robusta coffee, actually has fantastic growing conditions for Arabica coffee in certain regions. Most of Vietnam's coffee production comes from the central highlands of the country.

Vietnam is the world's second-largest producer of coffee, only behind Brazil.

Even though Vietnam provides a considerable amount of the world's coffee, it is not often associated with coffee production. 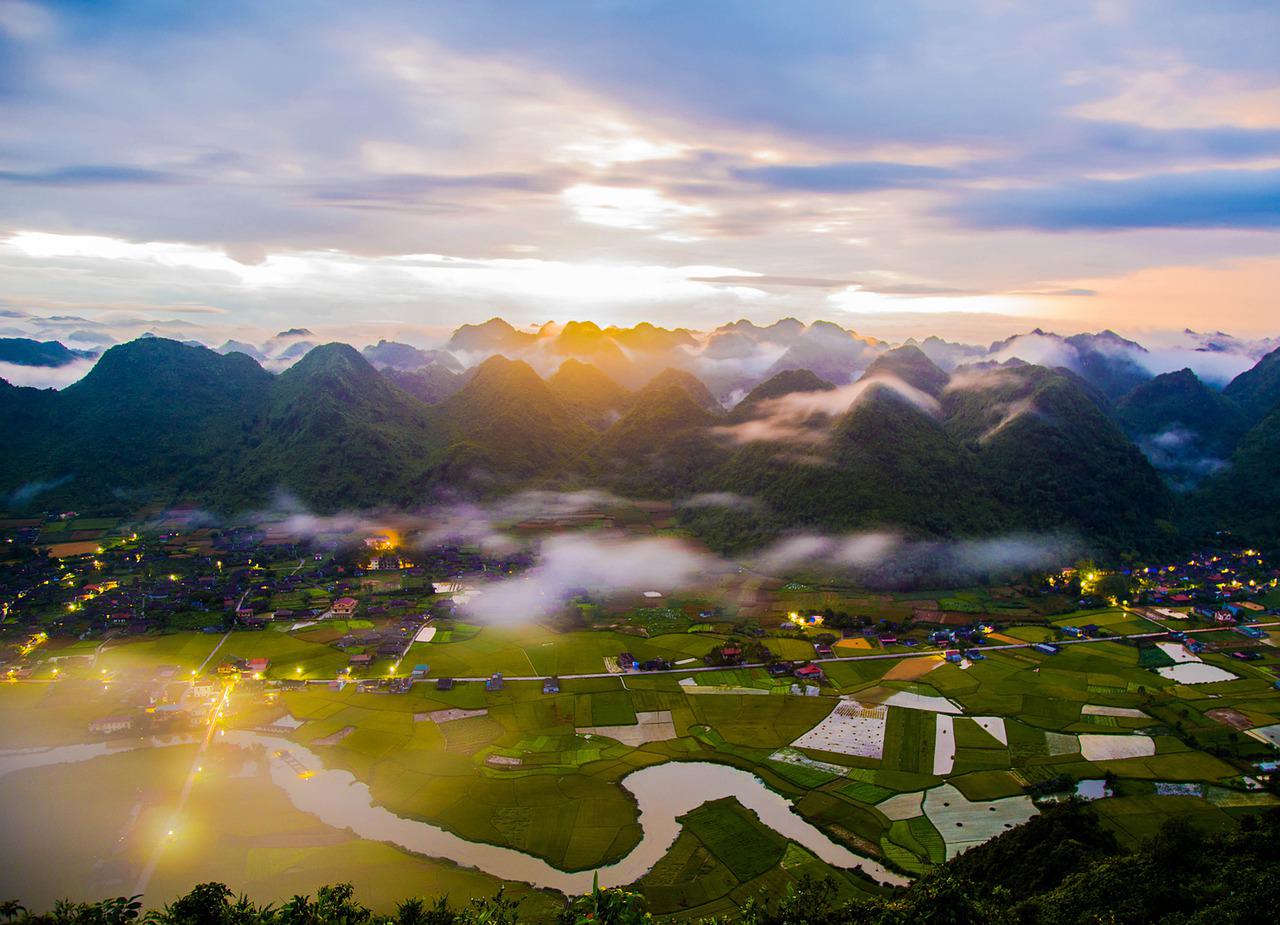 You may not know of many Vietnamese coffees because the country lacks transparency in labeling its coffee beans.

The United States is the second-largest importer of Vietnamese coffee beans. Yet, most Americans don't know the coffee they're drinking may come from this Southeast Asian country.

What is unique about this coffee bean's taste is that the Vietnamese have perfected the art of roasting delicious Robusta beans.

Many Vietnamese roasters will add sugar and butter while processing the beans to compensate for the lack of sugar and fat compared to the Arabica variety.

Adding this while the beans are roasting gives the coffee a touch of caramel flavor and deepens its flavor.

Some roasters will use pure clarified butter, while others mix in a bit of vegetable oil. Sometimes, adding a bit of chocolate or vanilla before roasting can further deepen the roast's flavor.

The Robusta coffee bean is known for its bitter, bold flavor working best in a dark roast. Some people describe the taste from dark robusta roasts as the "almost-burnt edges of cake" because of its sweetness and caramelization.

When brewed, this coffee is thick and creamy.

It's what you do after brewing it that makes Vietnamese coffees so iconic. The syrupy sweetness of condensed milk balances the full flavor and bitterness of the Robusta.

Just add ice cubes, and you've got a gourmet cup of iced coffee. View this drink as a whole.

You'll see how the Vietnamese have adapted one of the world's most robust coffees into an incredible gourmet product known as Vietnamese milk coffee.

While it may be what this coffee is best known for, there are a few other Vietnamese coffee variations that also deserve some attention. 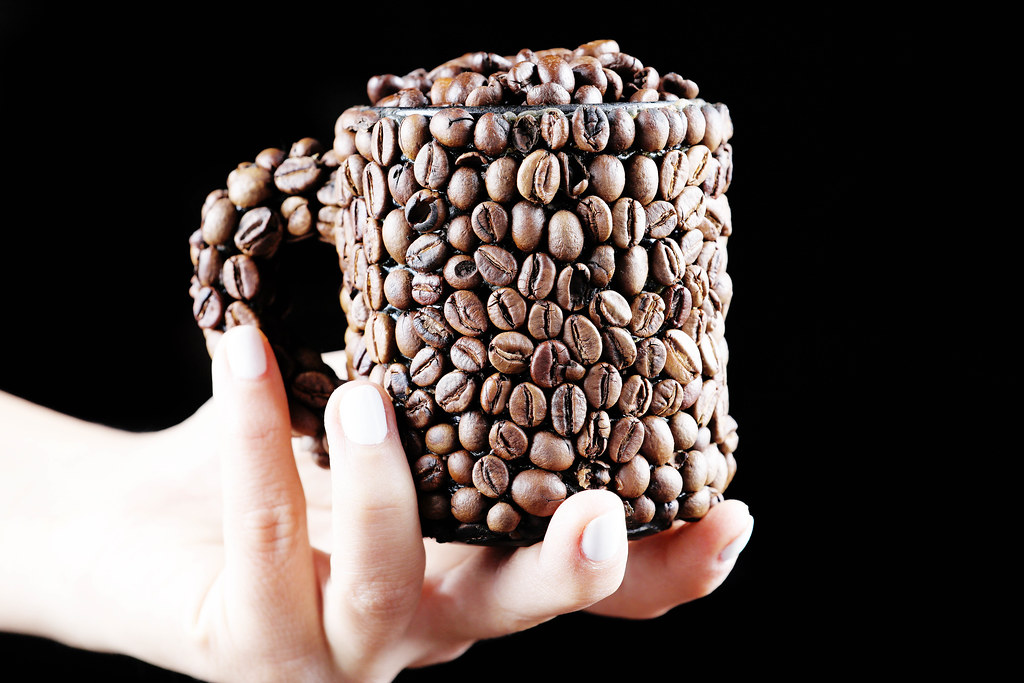 Bac Xiu is very similar to milk coffee. However, coconut milk is added along with the condensed milk to give it a slightly coconut taste. For more of a milkshake version, add some coconut frozen yogurt.

Vietnamese egg coffee. Traditionally mixed with raw egg yolks and condensed milk, this treat is an even richer and creamier coffee. Some describe it as a liquid Cadbury creme egg.

Regardless of which variation you try, you can expect a strong brew, so don't go overboard.

Since the 1980s, more and more of the coffee plantations in Vietnam have become privately owned by businesses.

While much of Vietnam's coffees become blends, there are a few big names for Vietnamese coffee brands.

Trung Nguyen is one of Vietnam's most famous brands, a premium blend of 60% Arabica, 40% Robusta, and a hint of chocolate. It's a medium roast and a household staple for many people in Vietnam. 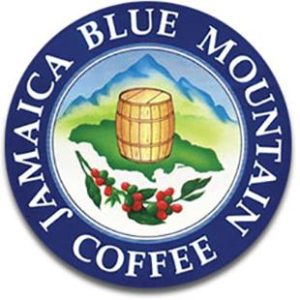 Another fantastic brand to look for, especially if you're a fan of Italian espresso, is Dalat Peaberry Robusta. What makes it unique is that these Pea berry cherries are grown in a high altitude region of Vietnam's central highlands.

For espresso, Pea berry is the bean of choice because it takes longer to roast. Hence, it develops more in-depth chocolatey notes with little acidity.

In fact, Dalat Pea berry Robusta makes for an award-winning espresso blend because of its rich, bold brew.

For a brand name when it comes to roasting, VN Roaster offers a delicious butter-roast.

Even though it consists of 100% Robusta from the Dak Lak region of Vietnam, the butter balances out the robusta's bitterness, making this a great choice if you want to experience pure robusta without a blend.

If you are a bit hesitant to buy a bold robusta bag, you may want to look into the brand Lang Thang. This company offers a Saigon Phin Daklak blend of coffees from Vietnam.

All of the coffees used in this blend are from the central region of Vietnam. They include Arabica, Robusta, and Pea berry.

This blend comes already ground, and Lang Thang offers recipes (including one for egg coffee) on their website so you can make the perfect cup at home.

How to Make Vietnamese Coffee at Home

Here are a few tips so that your homemade cup of coffee tastes just like the real thing. The first step is to select the right coffee. Whether you choose a blend or just pure robusta, you'll want to start with a medium-coarse grind.

If you are using a phin as your filter, the most critical part of this brew is giving it time to drip slowly. You want to get all of the caffeine, oils, and flavor from the grounds while brewing.

The lack of paper means all of the essential oils from the grounds drip into your cup.

If you don't have a phin, brewing the grounds using a French press is one option. Another option is preparing this as a regular drip coffee.

Both of these methods let the hot water extract all the yummy goodness from the grounds.

Of course, it wouldn't be a Vietnamese coffee without condensed milk. If you're feeling adventurous, you could even try making your own egg coffee at home.

Vietnam may not be the first place that comes to mind when you think of coffee.

However, as the world's second-largest producer of this drink, it deserves more credit.

While Arabica beans may be the most popular, Vietnam is building a solid reputation for Robusta's robust and deep flavor.

You may have been drinking Vietnamese coffee without even knowing it. These coffees are often fillers as part of a blend because they are inexpensive to produce.

While its beans may not be as famous, Vietnam's signature style of coffee with condensed milk has taken the world by storm. The image of a deeply roasted, slow drip coffee as a creamy, sweet, milky iced coffee already has my taste buds salivating.