The 9 Regions of Delicious Dominican Coffee

Cuban coffee (café Cubano) has been around for a couple of hundred years. The eastern region of Cuba, specifically the Sierra Maestra mountains, is home to the reddish-brown humus soil in which coffee plants thrive.

Cuban coffee has long been an enigma to American coffee enthusiasts, purely due to the nature of the nation's trade embargo against Cuba.

Let's get this first question out of the way, shall we? No. Coffee was removed from the list of barred items on the US trade embargo list back in 2016.

For a prolonged amount of time, the U.S. has had a trade embargo against Cuba.
The embargo includes import and export, preventing American and associated businesses in the USA from conducting any form of trade except food and medicine with Cuban interests. 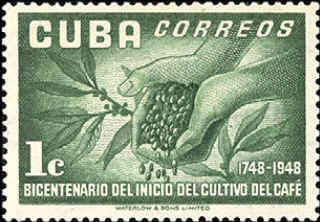 The ban started in 1962 with just weapons but has extended to include almost all exports since, including Cuban coffee. There haven't been significant changes to the embargo until recently.

In 2015, then President Barak Obama announced that the U.S. would ease some of these restrictions, mainly trade and travel.

This change, of course, opened new opportunities for companies like Nestle. They launched a Cuban Nespresso pod in 2018, a take on the famous Cafecito Cubano.

The main reason coffee from Cuba is so famous is this espresso drink, which permeates throughout Cuba. While the embargo is still in place, the USA cannot directly import Cuban coffee.

Products like the Nestle Cuban Nespresso pod is in low supply for this reason. There are, however, a few stores that sell Cuban coffee, but it's scarce to come by.

Even the Nespresso website is out of stock. Unless the USA completely lifts the ban on Cuban coffee trade, businesses won't bring in the country's coffee to market.

Overall, the embargo has created an imbalance in the supply and demand for Cuban coffee.

What kind of coffee does Cuba grow? 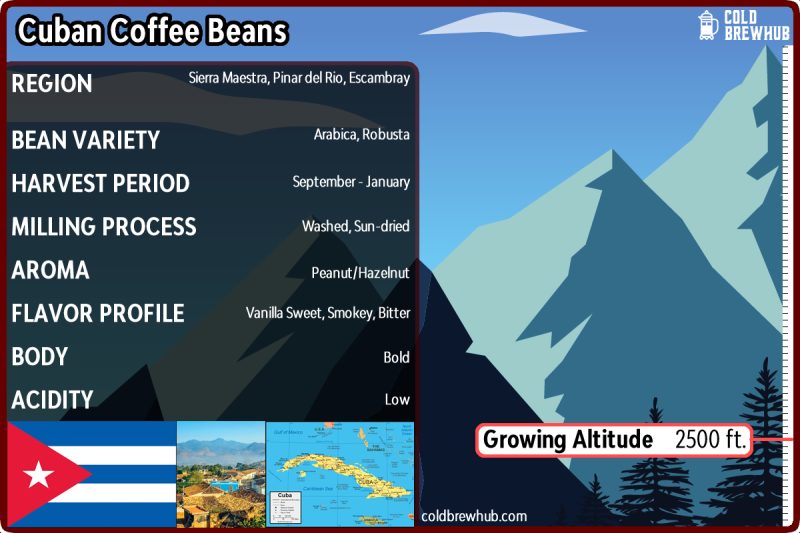 The climatic conditions are also perfect for coffee growth, so this is where most of Cuba's coffee grows. The Escrambray Mountain region, located in central Cuba, is another producer of Cuban coffee.

Regulations put in place by the Cuban government protect these mountainous regions, dedicating them to growing organic and natural coffees plants.

There are two major coffee strains that most producers grow, Arabica and Robusta. Of course, there are many variations within each strain, but most coffee beans fall into these two categories. Cuba is one of the few regions in the world that produces both strains. Their coffee is considered one of the best in the world, mainly due to how meticulous local farmworkers are.

They carefully handpick the beans while avoiding damage to the trees during harvest. The soil and climate combined to give the resulting coffee a unique, robust flavor that differs from coffee produced in other regions. When brewed, the coffee has a dark shade to it adding a visual representation to its taste.

Like most Americans, Cuban locals usually take their coffee with breakfast. They have a small cup of coffee in the morning, but that coffee is robust for its size. Having coffee during work breaks is also common in Cuba. The sweet fruity taste of their Arabica coffee is an authentic experience, especially if you admire coffee.

What is the Difference Between Espresso and Cuban Coffee?

Many people think Cuban-style coffee is the same as espresso, but this isn't true. Though there are some similarities, there are subtle differences in preparation, which significantly impact the brewed coffee's final taste and body.

Espresso is a coffee brewing method that originates from Italy. Baristas make espressos with different varieties of coffee beans. Generally thicker than other brewing methods, the coffee concentration of espresso is high.

You make espresso by using hot water and combining it with finely-ground coffee through immense pressure. This method ensures the final product is a concentrated, thick, and flavorful coffee drink with a full body.

Espressos are finicky, though. The concentration of heat and coffee grounds allows for a minimal amount of time where the espresso is flavorful enough to drink. If you wait too long, your espresso will taste bitter.

Then a barista will add different ingredients to change the drink's flavor, texture, and aesthetic. For example, when making a cappuccino, which is famous worldwide, a barista combines a single espresso shot with crème or milk, flavoring it by adding cinnamon or chocolate powder.

All these variations of espresso, although in different concentrations, have a strong coffee taste, enjoyed during any time of day. Coffee enthusiasts usually drink water to cleanse their pallet beforehand to enjoy espresso's raw and powerful taste better.

Cuban coffee goes by many different names, but Café Cubano, Cuban pull, Cuban espresso, Cafecito, and Cuban shots are the most common. Café Cubano is a type of espresso that uses darker roasts.

But that's not all; there is a difference in the way you brew it as well.

There are different ways to make Cuban coffee. While ingredients stay more or less the same, portions are variable in most recipes. The result will differ according to how you make your Café Cubano. But you can rest easy knowing that however you make it, it will always taste brilliant. 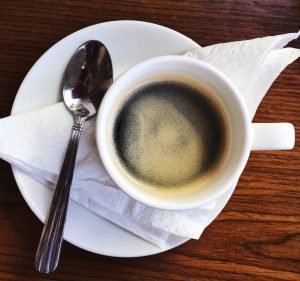 This recipe will work fine with an espresso maker, but for the best results, use a Moka pot.

You'll need sugar to make 'espuma' (a thick froth made by whipping sugar and espresso together). Be mindful when choosing the type of sugar for this process, but in either case, you'll want to beat the sugar into foam.

For example, brown sugar results in a thicker foam partially because of the molasses it contains. It also tends to result in a sweeter espuma when compared to using granulated sugar.

Although you can use an electric espresso maker, a Moka pot creates the best results. Like the typical espresso, Cuban coffee cafecito also has variations, including Colada, café con Leche, and cortadito.

Colada is basically a larger serving of café Cubano, usually ordered when multiple people are at the table. The Colada is a large cup of café Cubano and comes with smaller cups so that you may share it with friends and family.

Café con Leche and cortadito are similar in principle but have different executions. The former is a café Cubano served with steamed milk on the side so that you may pour in the desired amount. The latter, on the other hand, will be served premixed with several tablespoons of steamed milk.

Until companies create a sustainable demand for the import, Cuban coffees will remain a rare commodity within the United States. Fortunately, if you have some dark roast, you can enjoy brewing some coffee, Cuban style until the ground coffee becomes more widely available.